Cocaine Went from Destructive to Deadly with Fentanyl

Cocaine abuse in the United States is even more  serious problem now that illegal fentanyl is being added to cocaine.

Alarmingly, illegal fentanyl is sometimes mixed into cocaine—often without the user’s knowledge. The National Institute on Drug Abuse reports that those who sell fentanyl also commonly mix it in with other substances, such as:

This is because fentanyl can produce a potent high in small quantities, meaning that it is a relatively cheap additive. However, adding fentanyl to other substances produces dangerous risks. Drug users may not realize that they are ingesting fentanyl, and their bodies may not be used to taking in such a powerful opioid.

Cocaine is a stimulant derived from leaves of the coca plant. It’s usually sold in a white powder or synthesized into crystals or rocks as “crack.” Snorting, smoking or injecting the drug elicits a brief euphoric, energizing, and exhilarating feeling that lasts a few minutes to an hour, followed by an unpleasant comedown.

Cocaine abuse in the United States is a serious problem that isn’t going away: A 2019 survey found that an estimated 671,000 people over 12 years old used cocaine for the first time last year. Cocaine is considered highly addictive and is associated with numerous mental and physical health problems.

Nicknames for cocaine include:

As a stimulant, cocaine enhances activity in the body’s central and sympathetic peripheral nervous system. Cocaine produces an exhilarating experience for the user who may feel enhanced self-esteem, improved physical and mental performance, and higher levels of activity.

The effects of the drug include:

The high and short-term effects are typically short-lived, which may lead to repeat dosing over several hours or even days. Repeat use in this manner is typically followed by a “crash,” which leaves the user feeling fatigued, anxious, and depressed.

The side effects of cocaine use include:

How Is Cocaine Used?

Users take cocaine in a variety of ways, most commonly by snorting the powder, or smoking rock cocaine (crack). It is also injected, which yields the most rapid and intense high.

Continued cocaine abuse  carries many adverse health effects.  Cardiac complications include disturbances in heart rhythm and heart attacks, as well as inflammation of the heart muscle, deterioration of the ability of the heart to contract, and aortic ruptures.

If you or a loved one are struggling with cocaine abuse, call (619) 452–1200 today and a recovery expert will help you in find the best residential or outpatient addiction treatment program to fit your needs.

Expecting mothers who use cocaine also risk harming the fetus. Cocaine decreases blood flow to the uterus, robbing the fetus of oxygen, resulting in raised heart rate and blood pressure. Babies born from mothers that abused cocaine during their pregnancy have increased risk of heart defects, problems with the central nervous system, and death.15 Despite the dire risks, there are about 750,000 cocaine exposed pregnancies each year.

People who abuse cocaine may be malnourished. Users sometimes neglect healthy eating habits when on a binge and the drug reduces blood flow in the gastro-intestinal tract, causing ulcers and tears.13 Cocaine abuse also harms the liver and kidneys and can even cause renal failure in extreme cases.14 Other life-threatening health risks include:

“Crack lung” is aterm that describes the type of damage frequently afflicted onto the lung sacks by smoking cocaine. Users who suffer from this condition experience labored breathing, fever, coughing up blood, and even respiratory failure.

Injecting cocaine is perhaps the most dangerous method of administering the drug because of the increased risk of overdose as well as the various complications and infectious diseases associated with needle drug use. These include abscesses and skin infections, endocarditis (inflammation of the heart), HIV and hepatitis.

Cocaine use also carries the immediate risk of overdose. An overdose of cocaine can result in a seizure, heart attack, cardiac arrest, or stroke—and may be deadly.  In 2018 alone, 14,666 people died of a cocaine-involved overdose.

What to Do in the Case of a Cocaine Overdose

When someone overdoses, it is vital they get medical treatment as soon as possible. You should call 911 immediately, explain the situation to responders in detail, and stay with the patient until medical assistance arrives. Witnesses should relay what substances were abused, how much the person took, how the drugs were administered, and if the patient has any other medical complications.

Mixing Cocaine with Other Drugs

The risk of overdose is compounded by using other substances with cocaine. Both alcohol and heroin are commonly used with cocaine, since they offset its stimulating effects. Combining cocaine and heroin or other opioids (often called a “speedball”) can be particularly fatal.

Often, the cocaine wears off before the heroin, resulting in fatal slowing of breathing (i.e., respiratory failure)  resulting in an opioid overdose. In fact, nearly 75% of fatal cocaine overdoses involved an opioid.

One form of behavioral therapy that is showing positive results in people with cocaine use disorders is contingency management (CM), also called motivational incentives. Programs use a voucher or prize-based system that rewards patients who abstain from cocaine and other drugs. On the basis of drug-free urine tests, the patients earn points, or chips, which can be exchanged for items that encourage healthy living, such as a gym membership, movie tickets, or dinner at a local restaurant. CM may be particularly useful for helping patients achieve initial abstinence from cocaine and stay in treatment.39,50–52 This approach has recently been shown to be practical and effective in community treatment programs.

Research indicates that CM benefits diverse populations of cocaine users. For example, studies show that cocaine-dependent pregnant women and women with young children who participated in a CM program as an adjunct to other substance use disorder treatment were able to stay abstinent longer than those who received an equivalent amount of vouchers with no behavioral requirements.28 Patients participating in CM treatment for cocaine use who also experienced psychiatric symptoms—such as depression, emotional distress, and hostility—showed a significant reduction in these problems, probably related to reductions in cocaine use.

Cognitive-behavioral therapy (CBT) is an effective approach for preventing relapse. This approach helps patients develop critical skills that support long-term abstinence—including the ability to recognize the situations in which they are most likely to use cocaine, avoid these situations, and cope more effectively with a range of problems associated with drug use. This therapy can also be used in conjunction with other treatments, thereby maximizing the benefits of both.

Sober homes are drug-free residences in which people in recovery from substance use disorders help each other to understand and change their behaviors—can be an effective treatment for people who use drugs, including cocaine.  Sober living environments may require a 6- to 12-month stay and can include onsite vocational rehabilitation and other supportive services that focus on successful re-integration of the individual into society. Sober living homes can also provide support in other important areas—improving legal, employment, and mental health outcomes.

As stated above, the best ways to reinforce sobriety after rehabilitation is to make changes in your life and world view — that’s the treatment goal of Confidential Recovery.

If you or a loved one are struggling with cocaine abuse, call (619) 452–1200 today and a recovery expert will help you in find the best residential or outpatient addiction treatment program to fit your needs.

At Confidential Recovery, we understand the difficulty that comes with quitting the use of stimulants like crack and cocaine. Our staff of exceptional addiction specialists will integrate evidence-based therapeutic processes so that you or your loved one will have the tools to transition to a drug – free life.

Helping A Loved One Get Treatment For Cocaine Addiction

Realizing that someone you care about is grappling with an addiction to cocaine can trigger a variety of emotions and feelings, including anger, fear, worry, and sadness. Call Scott today at 619-993-2738 to speak with San Diego’s leading interventionist, who specializes in helping families break free from addiction.

If you or a loved one are struggling with cocaine addiction, contact us or call (619) 452–1200 today and a recovery expert will help you in find the best residential or outpatient addiction treatment program to fit your needs.

Programs at our outpatient addiction treatment center in San Diego are made up by the most effective and 'state-of-the-art' evidence-based practices. Because Confidential Recovery has reasonable rates for 'out of pocket' patients and also accepts many health insurance plans, our expert care and clinical services are within reach for many  people who need addiction counseling and related alcohol and drug rehab services.

If you have questions about the process of getting help for a substance use disorder, call us at (619) 452–1200 to discuss the matter privately with our intake counselors.

Speak with a caring expert.

We are ready to help, and just a call away. All communiations are 100% confidential.

The term roofies is derived from the drug Rohypnol, but "date rape drugs" include GHB, Ketamine, and even alcohol. Be aware of situations in which roofies are often given (to women, predominantly). Read our blog entry here: https://bit.ly/3wDFwlR

bit.ly
What are Roofies and How To Avoid Being Roofied - Outpatient Rehab in San Diego
We talk a lot about substance use disorder and how to avoid…
1

Employers: 4 in 10 people are experiencing symptoms of anxiety or depressive disorder. Many employees are burned out and stressed. A staggering number are resigning from their jobs due to companies not knowing how to support mental health at work effectively. Here is an article about how to support your employees' #mentalhealth: https://u.org/38zgHjc #mentalhealthawareness💚

FREE ONLINE WEBINAR: Recovery Is Possible on Tues. May 24th at 9AM PDT. This training will provide information for individuals suffering from a substance use disorder, and their families. Training topics include: 1. Substance use and recovery options 2. Recovery Process 3. Intervention 4. Help for families Join here: https://bit.ly/3E1yDhw

National Prevention Week: If you know someone with a substance use disorder (SUD), there has never been a better time than right now for them to get help. We have more tools at our disposal than ever before to help anyone recover. Do you know someone whom you suspect might be slipping into addiction? From our Founder and CEO, Scott H. Silverman: Every person who struggles with a substance use disorder (SUD) does so in their own unique way. I can't overstate the urgency of seeking help if you or your loved one are using any street drugs (that likely contain fentanyl). Accidental overdose is the #1 killer of people aged 18-45. Call me now at 619-993-2738 and I WILL HELP YOU.

I am the Proud Founder of Confidential Recovery, Author of The Opioid Epidemic (https://t.co/2gEBRqnhZD), and Motivational Speaker. Married to @MichelleRealtor.

The term roofies is derived from the drug Rohypnol, but "date rape drugs" include GHB, Ketamine, and even alcohol.

Be aware of situations in which roofies are often given (to women, predominantly). Read more on the Confidential Recovery blog here: bit.ly/3wDFwlR

Fentanyl Leaves no Margin for Error for #Veterans with a Substance Use Disorder.

Operations Manager (and Veteran) Jay Wylie and I discuss the grave danger that fentanyl poses for Veterans.

Read it in this issue of San Diego Veterans Magazine here: bit.ly/3kU4F6t 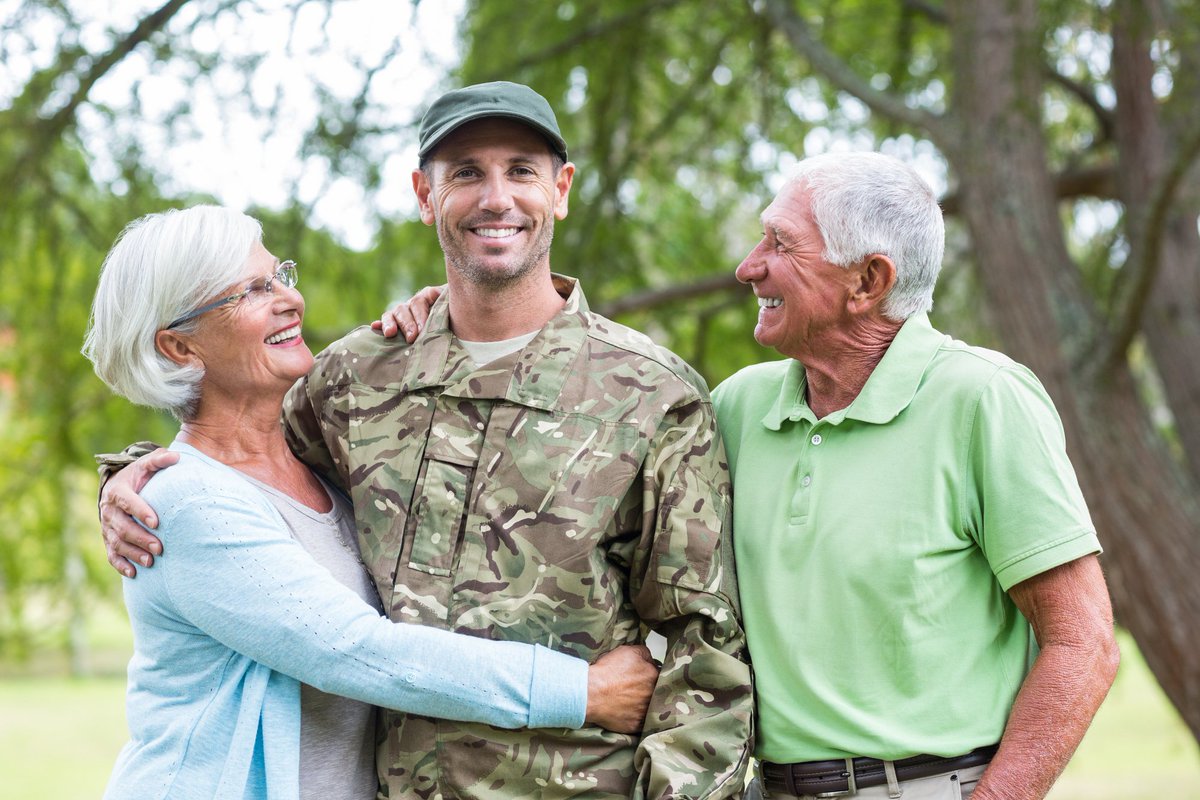 In light of #MentalHealthMonth, here's an older blog about the decline in talk therapy nationwide: buff.ly/3tPvSNw. If you are facing a situation w/a loved one, spouse, or child that has started to spiral, call me at 619-993-2738. Together, we can end the stigma. 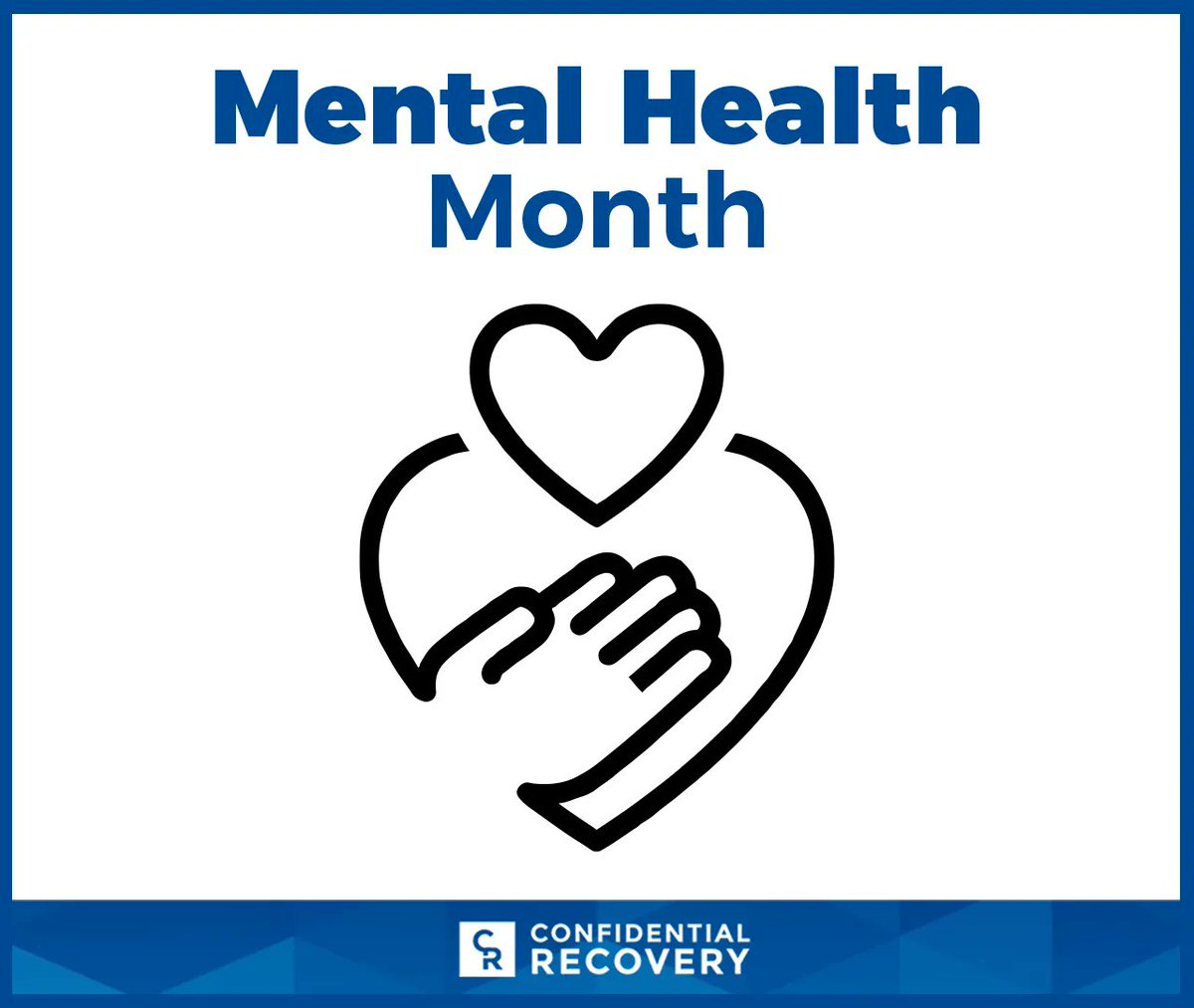 4 in 10 people are experiencing symptoms of anxiety or depressive disorder.

Many employees are resigning from their jobs due to mental health issues.

Read about how to support your employees' #mentalhealth: u.org/38zgHjc

Get The Support & Help You Need